Get the tune and Sing-Along!

Scroll down to download the Karaoke Backing Tracks
for each of the Sing-Along Chapters in Book 1: “The Wall” 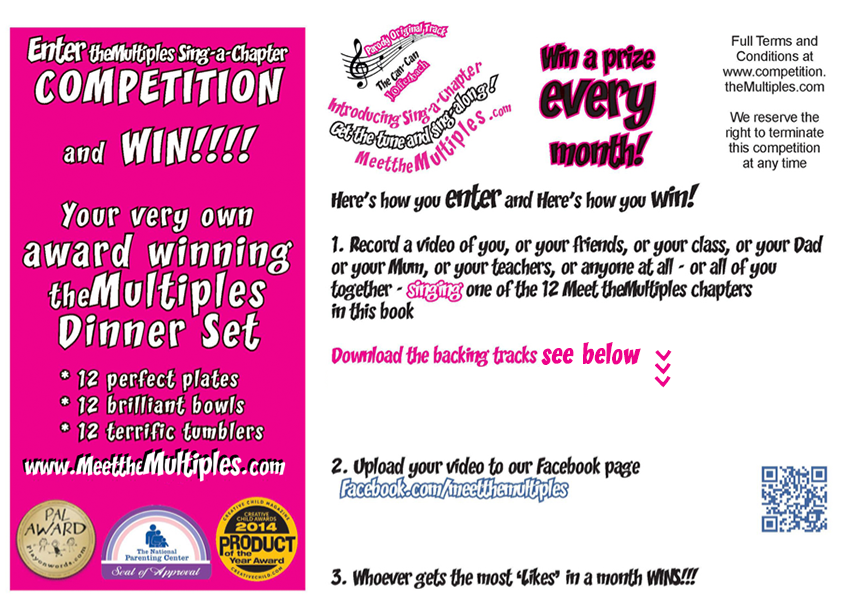 Copyright Notice:
These tracks have been purchased or downloaded free from www.karaoke-version.com using their standard licence for non-commercial distribution. If you are the owner of the copyright and would like to discuss this free licence for the purposes of facilitating non-commercial performances by members of the public for submission in the above competition, please email copyright@theMultiples.com

see theMultiples on their own TimesTable dinnerware

David
There are a lot of reasons why I created theMultiples characters. I had a lot of fun writing the stories and singing the chapters. Can you or your parents or your friends at school do better? I've set the bar at "Amateur- Dad Level", so you can't fail to do better! Upload your efforts to our Facebook page, get the most likes in a month, and win a prize! Facebook.com/MeettheMultiples